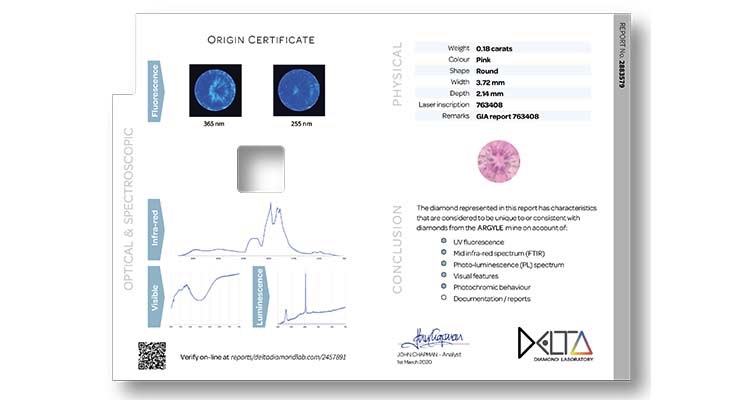 The certificate of origin

The DELTA origin certificate has three main sections – ‘Physical’, ‘Optical & Spectroscopic’ and ‘Summary’. The ‘Physical’ section of the certificate is primarily to enable a match between a diamond and the certificate, while the ‘Optical & Spectroscopic’ section relates to the diagnostics allowing an origin determination. The ‘Summary’ provides a statement about the origin. Where a diamond is not found to have characteristics consistent with the Argyle deposit, then no origin certificate will be issued.

Argyle pink and blue/violet diamonds exhibit a range of characteristics that need to be considered when verifying their origin. In many instances no single characteristic, such as fluorescence, is sufficient for verification so multiple tests are conducted on each stone. These tests include:

The images shown in the DELTA certificate have been obtained using a Gemetrix PL Inspector. Argyle pink diamonds mostly fluoresce blue under both LW (365 nm) and SW (255 nm) UV light, however a low percentage fluoresce yellow and some show no fluorescence. Most pinks from other sources or those that have received colour treatment have either a low intensity of colour or a different colour, however there are some which also show blue fluorescence.

Argyle blue/violets fluoresce a strong light blue under LW and a strong pale yellow under SW, whereas blues from other sources show weak fluorescence under LW and purple under SW with a red phosphorescence. 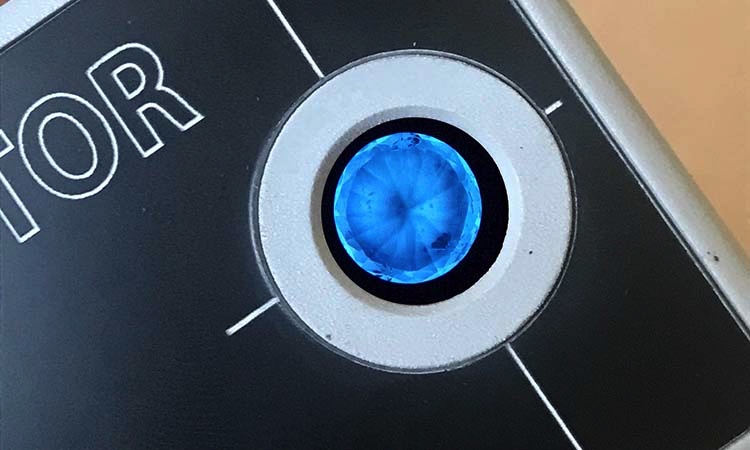 IR spectroscopy provides a method to measure the concentrations and complexes (aggregates) of various atomic impurities, including nitrogen, hydrogen, and boron. These concentrations and complexes reflect the geological growth environment and conditions that differ for different deposits. Argyle pinks tend to have low levels of nitrogen in a mix of aggregate states, while Argyle blue/violets show very high levels of nitrogen and also of hydrogen complexes. Using proprietary software, the spectra are reduced to quantitative values for database comparisons. The DELTA certificate shows the absorption spectrum recorded through a portion of the diamond. 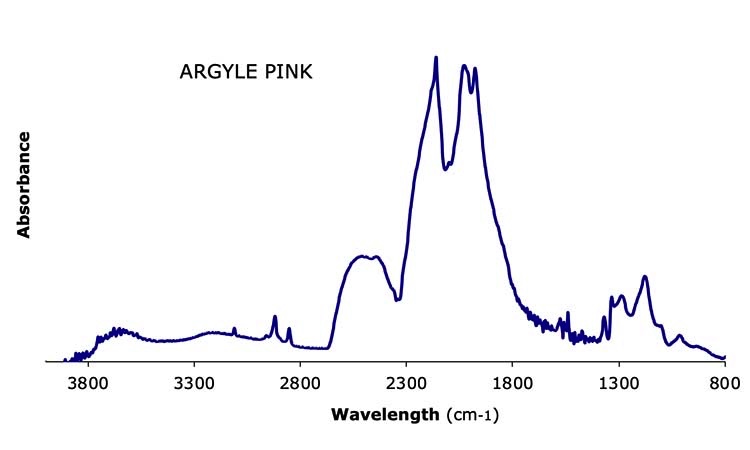 While UV light produces readily observable emissions in most diamonds, visible light can also stimulate emissions at longer wavelengths. These emissions can be very weak requiring special optics and sensors. Different excitation wavelengths result in different interaction efficiencies, depending on the impurities and crystal defects such as dislocations arising from plastic deformation. Argyle pinks exhibit specific spectral features that have not been shown by pinks from other sources. The DELTA certificate shows the spectrum with some of the diagnostic peaks.

A coloured diamond owes its colour to absorption of wavelengths in the visible spectrum, for example pink has lower transmission in the green region and blue diamonds in the red region. But these are general descriptions and the precise shape of the curve and its components are a function of the defects responsible for the absorptions. Reducing a spectrum into its constituent components provides a more objective analysis of a spectrum. Other more subtle features in a spectrum can reveal impurities that can be indicative of colour treatments or lab-growth. The DELTA certificate shows the visible transmission spectrum from 400 – 700 nm collected at room temperature. 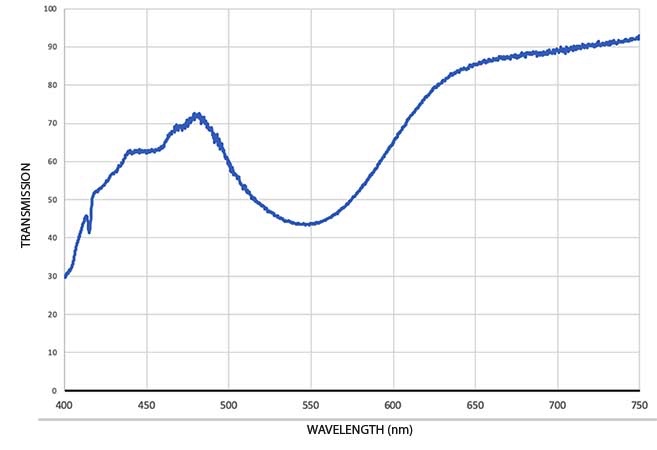 Argyle pink diamonds suffered plastic deformation as part of their history. This deformation of the crystal lattice results in ‘graining’ of the colour rather like brush strokes. Such feature may only be visible under a microscope. Additionally non-uniform colouring is a feature of the stones, while macro colourless inclusions are also common. 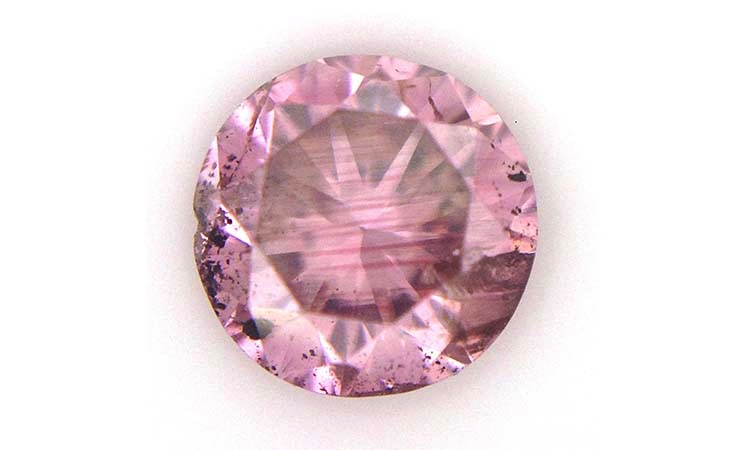 One of the characteristics of Argyle pink diamonds is the pink colour can be temporarily removed by exposure to UV light, a phenomenon known as photo-chromism. This feature is checked for and the colour restored back using a Gemetrix ‘Pink Restorer’ which illuminates the diamond with light of a specific wavelength to ensure the colour is fully restored.

A unique QR code on each certificate links to an image of the actual certificate, enabling it to be verified online.